Trip to Pakistan 2008 (snowboard and climb) 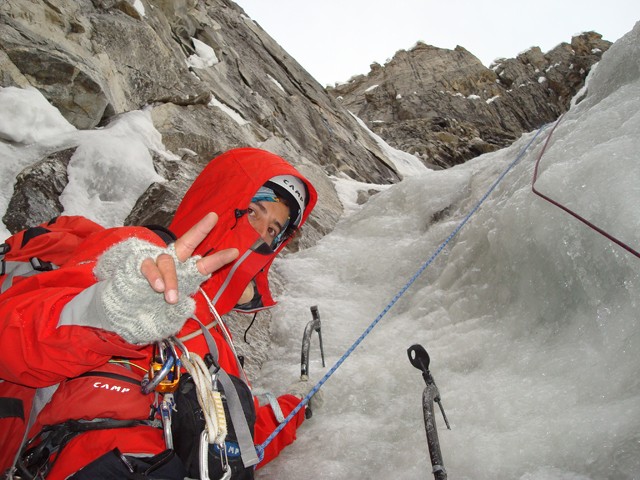 We met our Pakistani friends in Karimabad on April 20th. Our plan was to find good snow to ride for the next two weeks. We spent the next three days above a little village called Hoppar, in a base camp installed just under the snow. Despite an unstable weather, we found really nice powder to ride and so four days later we were skiing in another valley called Jargi.

We also found perfect snow in this wild area and we had our best day on a steep 1000 meters high couloir. Then it was time for Paulo, Max and me to leave our friends and move to Charakusa glacier. After two days driving and two days walking, we installed the base camp on a moraine at 4300m. We first climbed a nice 300m high rock pyramid and also a nice 800m ice gully in front of base camp. Then the weather turned really unstable and we just had a try on the K7 West huge west pillar with a fast retreat under the snow. And it was time to start the way back to France, a bit disappointed at the moment, but finally happy of this multi sports trip!

Itinerary: We skied some nice slopes in two different valleys and then got mostly bad weather for climbing on Charakusa glacier...